How to go about singing folksongs 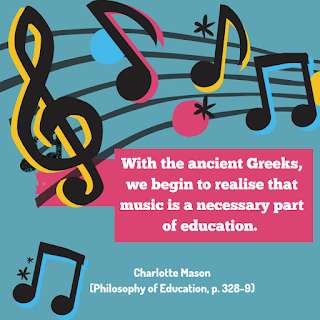 1. Be willing to sing.  It doesn't matter how you sound.  Just relax, forget about yourself, and sing.
"When I was pregnant with my 2nd child I remember talking to some friends about singing their children to sleep (they were pregnant the same time I was) and they looked at me like I was crazy. They said they would never sing their kids to sleep because they would scare their children with the way their voices sound. That opened my eyes. To me, the sound of mommy is the most comforting soothing sound a baby can hear, I never thought someone would be so insecure with their own voice that they would rob their child of those bonding moments of pure peacefulness just hearing mommy singing to them, A child doesn't know if you are in tune or not. Just that you are there for them and that brings them overwhelming comfort.
From an interview with songstress Candice Night, lead singer for Blackstone's Night, who do a lot of renaissance style music.  Full disclosure: this was her motivation to write some children's songs and release them on CD, so people could play these at night and in the morning for their children.

2. But I can't sing!
You should still sing: If you cannot sing, if you cannot carry a tune, if your voice sounds to you like rusty nails being pulled from a board, I would encourage you to sing to your children anyway, because she is right, children love to hear their beloved parents sing to them, and they don't know if their parents are in tune or not- Provided Mama or Daddy is singing to them from the beginning. My own husband cannot carry a tune and has a distinctly unmelodious voice, but his children do not know this, even though all of the girls have lovely, lilting voices and sing like angels. He has sung the lullaby Tura-Lura-Lura to them since they were small, and even though some of them are on the other side of 30 now, they all still think it is the most amazing performance in the world.
If you still feel you or your children need help, or even if you don't,  make use of the youtube channel Children of the Open Air.  It's free.  She has 19 videos up as of today. It's a great way to learn to sing using the sol-fa method and the hand signals.

3. But I don't know what to sing!  Choose some folk songs:  Don't overthink this. Just pick some, and then sing them.  You can use youtube videos, your library, AO has a recommended folk song list to make it easier on those who don’t know where to start.- On the website in the left sidebar click on folk songs and there’s list of suggested resources and recommended songs. Every term a few volunteers will put together a playlist of them and share their playlists.  Just choose.  Choose from your culture and/or geographical region first if you can.  A journey of a thousand miles begins with a single step, right?  So quit dithering, and just grab one.
However, there are some things to keep in mind with youtube or any recording.   The goal is for your family to sing the songs, it’s not about watching and listening, it’s about *singing.*  When I used youtube videos to learn a song, I didn’t even always have my kids watch the video- they sat on the other side of the laptop and listened (and sang along).  I printed out lyrics and we sang along as best we could.  We only used the youtube video until we could start singing by ourselves with some reasonable approximation of accuracy.  Honestly, we always sounded terrible the first day.  My oldest girl often suggested we should record ourselves singing a new folksong or hymn on the first day and then record it again after we'd sung it through every day for  two or three weeks just to show people how much one can improve just through daily singing.  I wish we had, but I promise you, you will improve if you sing the same song every day for a couple of weeks. It might even only take three days.

3. 'But it's so hard to find words that match the youtube video, so what do I do?'  Doesn't matter. Just sing what you have.


According to advice given to teachers using folksongs in 1905, "Folksongs are fluid- words vary by region, by date.... Tunes, words, and ritual, however, have many variations, and rarely are collections made, even in adjacent districts, that are altogether alike. For it is the great characteristic of the folk-song—as distinguished from the art song—that it is ever in a state of flux. It is never quite fixed." Don’t get hung up over having the right words, all the same exact lyrics- you’re only following the videos (or an audio recording, until you can sing it, so it doesn’t matter if your version and the audio version have a different number of verses or different lyrics.  Relax, let the songs speak for themselves, and just sing (are you noticing a pattern here?).

4. How often?  Daily.  To sing them, you really need to try and do this daily.  It only takes a few minutes, and it’s a great interlude, a great wake up exercise, a great way to transition from one subject to another, possibly clearing the cobwebs in your brain through music. There are other benefits as well, which I'll touch on in a later post.

According to the 1905 Schoolboard recommendation in Britain: "Good results can only be expected if a short time is given to singing each day, and a few minutes daily will be far more fruitful than one or two half hours each week. With from ten to fifteen minutes each day the highest results are obtained in many schools and this should be the minimum time given if the subject is considered to be worth serious attention."

In short, folksongs are for doing, not just listening- singing is a lost art. Let's bring it back.