One of the best ways to test your understanding of a geographical term is to read a description or definition, and then attempt to either draw it, or to model it using blocks or other small objects. Then look for a picture and compare the picture to your rendition, correction any mistakes in your understanding.

Find the following places on a map, but where a definition is given, first try to picture it in your mind, and then on paper. 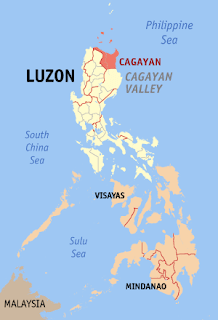 The Philippines is an archipelago nation in Southeast Asia. There are more than 7,500 islands in the Philippine archipelago. Most of them are quite small.  What do you see when you look at the map of the islands?  Some people think the arrangement of the islands looks something like a man kneeling in prayer.

The three largest islands lay in a line from north to south. They are Luzon, Visayas, and Mindanao, with the island of Luzon at the northernmost tip and Mindanao being the most southern of the three. You can take a plane from the Davao airport in Mindanao to the The Ninoy Aquino International Airport on Luzon, and it will take about 3 hours. Or you can drive through the mountains and valleys of Davao, taking bridges and ferries connection the islands north of Mindano and arrive in Manila three days later.
Be sure to carry extra fuel and food supplies because you may not be near a petrol station when you need it!

The islands are lush and green, with a flourish variety of fruits and palms and hardwood trees, with flowers blooming year 'round. The mosquitoes also flourish year round in the lower elevations because it's a tropical climate. The southern islands are only about 350 miles from the equator. Surrounded by seas (The Philippines SEa, the South China Sea, and Celebes Sea), the Philippine diet includes many foods from the ocean, including various sea vegetables or seaweeds, shellfish, crustaceans, and a variety of fish. Families might buy the fish at the market, or the children might take fishing lines and go fishing in one of the abundant (though not always clean) rivers or streams. 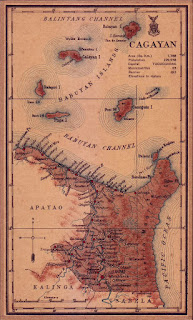 Not so long ago, a little boy named  Ricardo Babaran lived in Cagayan province, which is the northernmost end of the island of Luzon which is the northern most of the largest islands. If you got in a boat and sailed north from Cagayan Probinsya you would get to Taiwan. .  He's a grown man now.  But as a boy, Ricardo loved to go fishing with his friends. Most of the time they used earthworms for bait, but sometimes they would use crickets. Young Ricardo noticed that they caught different fish when they used crickets instead of earthworms,and he wondered why that happened. He asked his friends, but they hadn't really noticed, and they did not know why. It was a mystery he couldn't stop thinking about, and he wondered about it for along time.

When he grew up he left Cagayan to go to The University of the Philippines, Diliman, still on the island of Luzon, but a bit further south in Quezon City. He learned many things. He also sometimes endured some teasing from others about studying 'fishing' for four years, when anybody could fish with a line and a pole. But he did not solve the mystery of why he and his friends caught different fish with earthworms than they did with crickets. He still wondered about that, and he found new things to wonder about, too. 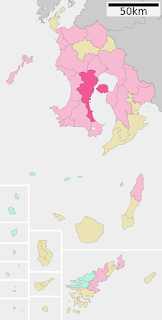 When he had finished his four year degree, he still wanted to learn more, so he studied for his Masters at the University of Washington, in the Seattle Washington area near the Pacific ocean and the Puget sound. He learned many interesting things there, and had many new and different  experiences, but he still couldn't find out why some fish were caught with earthworms while more of other, different species of fish were caught using crickets. He was curious about many things so the more he learned, the more new ideas he had to wonder about.

He went to Japan to study for a Ph.D. in Fisheries Science at Kagoshima University, Japan, which is also near the ocean. At last he learned the answer to the question he had been asking since childhood. "I learned that catfish and mudfish responded differently to earthworms and crickets because of a process called chemo-reception.”

All organisms transmit some chemical information about themselves- when you sweat and others smell you, that's an act of chemo-reception. Many species of animals can tell what you are, where you are, what you had for dinner, and whether or not you will taste delicious just by the way your sweat smells. When you smell a piece of fruit and decide whether or not it smells good enough to eat, that is an act of chemo-reception. The organisms receiving the chemical information have special cells that detect and process the transmitted information and draw conclusions from it- 'this would be good to eat' or "this seems dreadful." And because different species have different needs and different kinds of bodies and organs and different ways of breathing and living, they require different diets. So catfish and mudfish receive different chemical signals from crickets and worms, and they make their choices based on those signals.

Dr. Ricardo P. Babaran is now the tenth Chancellor of the University of the Philippines-Visayas where he will help a rising crop of students answer their questions and discover new things to wonder about and ask. What are you wondering about? What questions are you asking yourself? This is education- wondering, asking yourself questions, and finding out the answers. 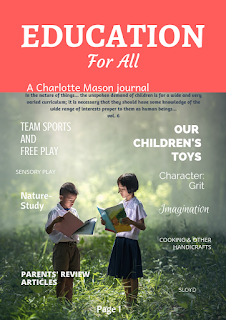