Poetry and the Peasants 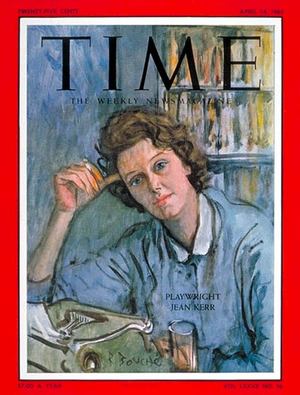 Jean Kerr was the mother of six children (five boys and one little girl), the wife of a New York playright. She wrote the book Please Don’t Eat the Daisies, which was made into a movie I didn’t likestarring Doris Day, and then was a television show which I didn’t watch.
In the 1960s Mrs. Kerr also wrote Penny Candy, and while it is tartly funny, somehow for the most part it just misses the mark for me. I read it and enjoyed it enough to finish reading it, but I almost didn’t keep it.
However, there is one chapter I particularly love, and it was enough to make me keep the book. In the chapter called ‘The Poet and the Peasants’ Mrs. Kerr writes about the one thing she is sure she and her husband did right with their children, and that was to teach them not to be afraid of poetry.
They had what they called ‘Culture Hour’ every Sunday evening. Each of the boys would recite a poem and then they would play some classical music for a few minutes. This, she says darkly, ‘will sound simple and easy only to those who refuse to grasp that if there is an irresistible force there are most definitely immovable objects.’
This Culture Hour came about because she and her husband realized that their sons stood in great peril of growing up knowing all the latest football heroes and nothing about Milton, Keats, or Yeats. So she proposed a culture night, her husband supposed it wouldn’t kill them, and so they began with their then five boys- a 14 y.o., 10 y.o. twins, a 7 y.o. and the toddler who could quote commercials for chocolate syrup.
She gave them their instructions- find a poem you like and learn it and say it aloud next week. She said the boys were as horrified as if she’d asked them wear hair ribbons to football practice. The following week, the boys dutifully presented their poems, and every one of them had chosen a limerick, and not only that, they were ghastly limericks. And thus, culture night came to include a few minutes of classical music, because she simply couldn’t think of anything else to do in the silence that followed that first attempt.
They persevered, however, and through a series of trials and errors, they settled on this workable program:
1. They bought several cheap paperback poetry anthologies so that it wouldn’t matter if the boys left peanut butter on the pages.
2. They picked the poems for the boys, keeping in mind the differences in age and ability, assigned the poem, and then handed over the paperback anthology for study (in these marvelous days of the internet, you can google the poem, print it out and tape it to the bathroom mirror or the inside of the refrigerator, where I am told teenaged boys spend a lot of time gazing.
3. Each parent took two of the boys under the parental pinion and worked with those boys on their poem throughout the week. She says they alternated the boys they worked with weekly ‘so that the hostility engendered would be evenly divided.’
During this rehearsal time they first read the poem aloud very slowly, then again at proper speed, and then asked a few leading questions to elicit understanding. Then the child read the poem aloud, with the parent offering corrections and ‘persuading him not to say the rhyming word louder than any other word in the line.’
She says that it wasn’t always easy, that sometimes it was like Chinese Water torture, but that what kept her resolute was her boys’ certainty that she was going to give up.=)
Eventually she said they didn’t have to help the boys figure out what their poems were about, they could do that themselves, even coming up with unusual but convincing interpretations of their own. However, she warned, that didn’t happen until they’d ‘been through years of poetry, yards of poetry, volumes of poetry.’
They learned to respect individual tastes and talents. One of the boys liked the ‘cynical or sardonic,’ another liked ‘the dark and the dire,’ and yet another really enjoyed the ‘more flamboyant ballads.’
That one performed especially well when given The Highway Man (Down like a dog on the highway/ and he lay in his blood on the highway, with a bunch of lace at his throat) or Barbara Fritichie (‘who touches a hair of yon grey head dies like a dog, he said). Said Mrs. Kerr:

“If you think that one is just another chestnut you haven’t heard it read by someone who doesn’t know it’s a chestnut and who believes he was there and is giving you an eyewitness account. John was always awfully good with people who died, or were about to die, like dogs.”

John, she says, “moved on to the intricacies of Hopkins, where he could be majestic… or filled with righteous indignation… or rueful, as in Spring and Fall, which he recited often” because his mother considered it one of her favorites:

Margaret, are you grieving
Over Goldengrove unleaving?
Leaves, like the things of man, you
With your fresh thoughts care for, can you?
Ah! as the heart grows older
It will come to such sights colder
By and by, nor spare a sigh
Though worlds of wanwood leafmeal lie;
And yet you will weep and know why.
Now no matter, child, the name:
Sorrow’s springs are the same.
Nor mouth had, no nor mind, expressed
What héart héard of, ghóst guéssed:
It is the blight man was born for,
It is Margaret you mourn for.

Mrs. Kerr shares several pages of delightful anecdotes about the children’s experiences with poetry, their ready aptitude for quoting them completely out of context but with perfect wit (like the night one broke the living room window with his baseball and shouted up ‘come to the window, sweet is the night air…’), and some of the different poems the boys enjoyed. Nevertheless, she says, she never was sure the boys really liked it until the older boys came home from college and insisted on reinstating Culture Night. She was totally surprised, and at first suspicious, but they began again and had a full summer of poetry and classical music. That was the last summer they had Culture Night, because the older boys went back to school and then got summer jobs elsewhere.

And here Mrs Kerr departs from her usual quips and verbal capers, and notes:

“It was never to resume and something special, I realized, had gone out of our lives. You lose not only your own youth but the youth of your children. Sweet things vanish and brightness falls from the air…
…but if there is one night that remains more vivid than the others it is because of my own strange behavior. Colin was just finishing John Anderson My Jo. Do you remember it all?
JOHN ANDERSON, my jo, John,
When we were first acquent,
Your locks were like the raven,
Your bonnie brow was brent;
But now your brow is beld, John,
Your locks are like the snow;
But blessings on your frosty pow,
John Anderson, my jo!
John Anderson, my jo, John,
We clamb the hill thegither;
And monie a canty day, John,
We’ve had wi’ ane anither:
Now we maun totter down, John,
But hand in hand we’ll go,
And sleep thegither at the foot,
John Anderson, my jo.
I already knew the poem by heart, so how it happened that I heard new meanings in it I cannot exactly explain. All I can say is that after Colin had finished, to the horror of the boys and to my own acute embarrassment, I burst into tears. An uneasy silence prevailed until John said, very quietly, “Mom, it is Margaret you mourn for.”
And he was right, you know. He was absolutely right.” 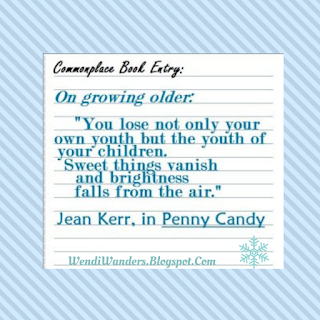 I originally wrote the bones of this post several years ago.   I was writing the post about a book I thought I wasn’t keeping, just kind of thumbing through and describing the chapters. At the time I was writing, my firstborn was in another state for a summer, nannying for a large family while the mama was on bedrest.  As I went through the poetry chapter, I had to keep swallowing the lump in my throat, blinking back the sting of tears in my own mourning for Margaret moment, and I realized I could never, ever, part with this treasure, even if I never again read any of the other chapters but this one. New!
$3.00 Five Little Peppers and How They Grew Copywork (grades 2/3, carefully selected with an eye toward finely crafted sentences, lovely bits of writing pleasant to picture in the mind's eye, and practice in copying some of the mechanics of grammar and punctuation typically covered in these years.
$3.00 Aesop's Fables Copywork for Year One!  Carefully selected with an eye toward well written sentences, memorable scenes, and some practice copying sentences that model the basics of capitalization and punctuation.   Suitable for use with children who have already mastered the strokes and letters for basic penmanship.
Posted by Wendi C. at 6:02 PM